Skip to Main Content
It looks like you're using Internet Explorer 11 or older. This website works best with modern browsers such as the latest versions of Chrome, Firefox, Safari, and Edge. If you continue with this browser, you may see unexpected results.

The Appalachian Collection houses books by Appalachian authors and other books written about the Appalachian area. Some of these books are considered rare and no longer in print and are housed in the Rare Books cabinets in this room. Emphasis is placed on Appalachia, Kentucky, local history of the region, works by writers affiliated with the University of the Cumberlands, and works by local authors. This collection includes works of literature, history, religion, and natural sciences. The Governor Bert T. Combs Papers are housed in acid free boxes in special cabinets in this collection. 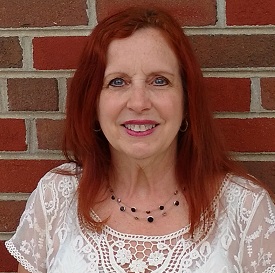 Bert T. Combs was born August 13, 1911, at Manchester in Clay County and was reared in the mountains of Eastern Kentucky. His father was a farmer and his mother, a schoolteacher. At 15, Combs graduated from Clay County High School, ranking first in his class. He attended Cumberland College in Williamsburg, Kentucky, from 1929 to 1931. To obtain funds for continuing his education, he worked as a clerk with the State Highway Department and three-years later entered the University of Kentucky College of Law. He was managing editor of the Kentucky Law Journal and graduated second in his class in 1937. Combs practiced law in his hometown of Manchester and in Prestonsburg, Kentucky, until 1942 when he enlisted as a private in the U.S. Army. During his service in World War II, he attained the rank of captain and served in the South Pacific on General Douglas MacArthur’s staff. He became Chief of the War Crimes Department’s Investigating Section in the Philippine Islands and was awarded the Bronze Star and the Medal of Merit (Philippine Islands). After resuming the practice of law in Prestonsburg, Combs served as City Attorney and later as Commonwealth’s Attorney. He served as president of the Junior Bar Association of Kentucky for the year 1946-47. In 1951, he was appointed to a judgeship on the Kentucky Court of Appeals and was later elected to a full term. Combs resigned from the court in 1955 to make his first campaign for Governor. He lost the election and practiced law until elected Governor four years later, having received the greatest plurality ever given a candidate for that office up to that time. Upon completion of his term of office in 1963, he again practiced law until he was appointed a judge of the United States Court of Appeals for the Sixth Circuit by President Johnson in 1967. In 1964, Combs was named Kentucky’s outstanding attorney for his service to the legal profession. He was a visiting professor in the Political Science Department of the University of Massachusetts during the spring semester of 1964. Immediately following his resignation as judge of the Sixth Circuit on June 5, 1970, he became a member of the Louisville based law firm of what is now Wyatt, Tarrant & Combs.  Additionally, Combs was a member of many professional, civic, and fraternal organizations. Combs held a deep interest in programs for children with disabilities and, in 1963, received the Joseph P. Kennedy, Jr. Foundation International Award for his work in this field. His favorite recreational activities were golf, hunting, and fishing. Judge Combs served by appointment of President Carter as a member of the United States Arms Control and Disarmament Agency from February 1978 through December 1980. The Agency is charged by Statute to advise the President and the Secretary of State on matter affecting arms control, disarmament, and world peace. In 1984, Combs became the lead counsel for the Council for Better Education in their lawsuit that argued the unconstitutionality of Kentucky’s system of financing public education. The result of this lawsuit was the Kentucky Supreme Court ruling the system of funding for public schools in Kentucky was unconstitutional. This decision led to the passage of the Kentucky Education Reform Act of 1990 which provided a complete revision of public-school finance in the Commonwealth of Kentucky. The Kentucky Education Reform Act provided more equalized funding and established stricter accountability standards for public school districts in Kentucky. The Kentucky Supreme Court decision was used by other courts across the U.S. as the basis of public education finance reform. Former Gov. Bert T. Combs died on December 3, 1991.